In my gaming group we like themes. So what’s better than playing Pandemic on lockdown?!

Technically we started playing it at the end of the lockdown, during which we played games that we all owned (and whose physical boards we could replicate) like The 7th Continent, Chronicles of Crime and Mansions of Madness.

If you like Pandemic, as I do, the game is great. The legacy element is smart and enjoyable. We soared through the first four months like pros. Then we got a very grim May and lost two in a row. Now we are back on track but the sting of disappointment made me log back on BBG and change my rating of the game more than once. I’d complain that “The game is too random”, “if the decks get shuffled the wrong way you can’t win” and similar platitudes… yeah, because they are commonplaces.

Obviously it doesn’t take much to realise that every game has a random element which will influence its outcome. That’s how you manage replay value, how you generate different situations in a game. Granted, some games are more random-based than others, and balancing the prevalence of random is a very important step in game design, but Pandemic Legacy is not one of those. So why was I so angry at the game?

That’s probably because of the legacy aspect. When you play games you invariably have to accept and come to terms with the presence of randomness. You play Eldritch Horror and you end up with a very tough and/or poorly sorted Mythos Deck (you know, that tentacled Rumor card after the very first turn…)? You can come to terms with that. Yes, you will probably lose the game but next time it’s going to be better.

But in a LEGACY game there might NOT be a next time! And if there is, it might be a very different “time” than the one you would have had if randomness hadn’t messed with you otherwise perfectly and skillfully played session! Or that’s at least what I’ve probably been feeling. When you play legacy (or heavily campaigned games) there is this tension coming from the fact that you might miss something good because of the twists and turns that the story takes. And if you ARE going to miss something then you should at least feel like it’s YOUR fault and not chance’s.

So I guess for me Random is OK, unless you are in a situation where you feel that a streak of bad luck might irreparably change and influence a lot more than the outcome of a single night of gaming.

Summer, the heat, the sand, moments that get burnt into your memory. That’s the essence of music to me. Camilo Séptimo’s Navegantes.

This came out in 2019 but I feel the need to go back and wallow in those moments because I don’t know they are coming back any time soon.

Navegantes… navigating through love, pain, life – which is what the lyrics are mostly about.  But they are full of feeling, so very evocative as only (mexican) spanish can be in its sounds.  They have such a rich taste when you sing along.

The music is exquisite. 80s textures mixed with synthwave vibes (which, thinking about it, actually might come from a very similar place!), smooth production and high fidelity recording. Great musicianship, the lines of guitarist Erik Vazquez are oh so tastefully understated yet filling a lot of space. The writing is very consistent and, compared to previous outings, the band has managed to dial down the latino sugar in the melodies to a level of more universal appeal.

My go-to soundtrack for chakras realignment. Peace & B Wild.

And finally we get back to more familiar grounds, England, to delve into the elegantly ethereal and intimately sensual world of miss Rosie Lowe. Just look at the cover…

She is SO British. The damp dress, the look that you don’t get to see but you know is staring right back at you, poised, fierce. And her music is just like that, tough, personal yet capable of creating a great emphatic bond, to communicate feelings, emotions.

Take Lifeline, the very first song from her second album YU. It has got these swooping yet chopped synth stabs (very “Hypna”, if it was ever a thing), her voice unflinching yet with a vulnerability you can hear at the end of each line. And the delay and the vocoder come and go as if they wanted to mimic the faltering conviction of each statement… “it could all be so simple…. but.”. She is scary, she is asking herself, as well as us, “why… you?!” (…YU). And the whole album is about YU. The songwriting is gorgeous and the production is stellar. She goes from the funk/pop of The way (great rhythm parts all over, just like in the previous Control, kick drums you just can’t listen to with earphones) to the dirty R&B of Birdsong (which to me sounds like 90’s Prince, with the sultry male choirs of songs like Emale… but she was probably more inspired by D’Angelo’s Voodoo!). And in between you have all these moody yet chirpy pop songs that make you feel all serious only to make fun of you for feeling that way (“You’re so lovely, but you’re dehydrated. May be a genius, but you’re not hydrated”).

I may not be a genius, but she is. Best served in a dark room (or a garden on a summer night) with a side of, very, large speakers.

What would you get if you crossed LADYBABY with Red Hot Chili Peppers?! To me, Polkadot Stingray is kawaii funk/rock, noisy but catchy, rowdy but elegant. They are young but technically very proficient, great rhythm section, great guitar playing (just like my 一番好きなバンド, ゲスの極み乙女 [Gesu No Kiwami Otome]).

Their second album is called 有頂天 (uchoten), “ecstasy”, and it’s a very urban affair. Songs about love given/taken/broken/fought over, like in funky highlight パンドラボックス (Pandora’s Box), or modern city life, like the aptly titled 化けものだらけの街 (“a city full of monsters“) (stylised as “City Life” for the western markets). The songwriting is good (the previous 全知全能 had much greater consistency but sophomores are always harder) and the playing has… lots of traction. A great listen-while-you’re-driving kind of album!

I’ve been listening to lots of very good stuff lately (right now I have Erika de Casier’s Essentials on deck) but so far my favourites from 2019 aren’t new personal discoveries but rather three new offerings from acts that I already knew and loved.

First we got the new album from Austrian genius kids Bilderbuch, Vernissage my heart. An ideal continuation of 2018 Mea Culpa, it’s so obnoxiously inventive… can’t they just make two songs alike?! For once!

Although the record doesn’t have disarmingly perfect songs such as Gibraltar or Checkpoint, it’s a very charming thing. You get the opening triptych of Kids Im Park / Frisbeee /Led Go that take you somewhere weird: heavy guitars, shouted choruses, low-fi vocal samples, oblique structures. They are not going for catchy here but rather multifaceted. Then you get the catchier stuff: Ich hab Gefühle, Vernissage and Europa 22. And here is what I like about Maurice Ernst & Co., the rhythms, the (keyboard) riffs, the bass… the bass!!! Funksters from Kremsmünster… yeah right!

No, it’s real. You listen to the verse of Vernissage my heart  and it’s driven by just drums and bass, groovy and melodic, it feels like you don’t need anything else. And you don’t. But they give it to you anyway, like guitarist Michael Krammer does. What he plays is so subtle, smart, so bent on servicing the song that it would almost be self-effacing if not for the fact that you can’t help but notice every single note he churns out of his guitar.

Bilderbuch is beautiful soundscapes that you can make your own. I was listening to this record in the snows of the Dolomites and I’ll listen to it again lying on a beach somewhere this summer. Equally appropriate, equally enticing.

For Apple Music users… here is my profile! 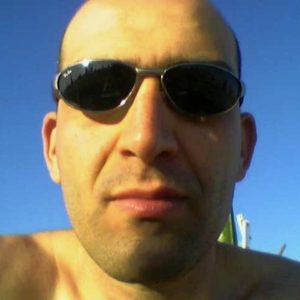 I’ve been studying Japanese for some time now and last December I tried the JLPT N5 exam…and passed! 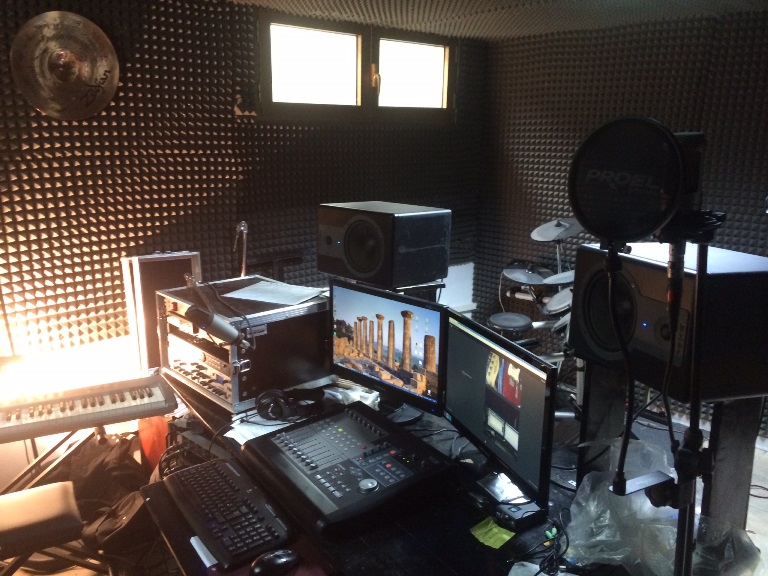 The rain has been falling for some time now.
But the music is still elusive.
Claire is writing… I am sketching here and there… but we will be ready.
For Christmas?! I don’t know.

I’m coming back to the studio more and more these days. I’ve had an idea for a new album (due after Define “Love”, of course). I’ve got eight songs for now, five very funky tracks and three ballads. I’ll be working on these while I wait for Claire to finish her contributions. Honestly, this isn’t the first time I’ve tried to jump-start my musical production. Back in 2012, during a lull in my other time-wasting activities, I actually managed to record five or six songs from a “concept album” I had put aside back in 2000. Really good stuff. But couldn’t see it to the end.

I need to get back into the flow. But to me making music is not about hammering on the anvil until the shape is right. It’s rather like trying to fill an empty glass, you must have water in you in the first place. It’s a transfer, it’s transmutation and I guess my well has been pretty dry.

But Claire kinda helped with that. She’s been a dear friend and a fountain of inspiration. Right now she is too happy to produce anything good but hey… “c’est nous, toujours!”